Andrew Jackson's Hermitage is NOW OPEN in a limited capacity. We are open Thursday - Monday from 9 a.m. to 5 p.m., with the last ticket sold at 4 p.m. ×

In March 2017, the Andrew Jackson Foundation will begin the commemoration of Andrew Jackson’s 250th birthday. Jackson was a pioneer, lawyer, judge, farmer, military hero, politician and 7th president of the United States. Born in 1767 to immigrant partents in humble circumstances, he rose to the highest elected office in the nation and was esteemed as the second George Washington. Jackson’s story is both remarkable and all-American. He represents the promise the United States held for its citizens in the early 19th century. 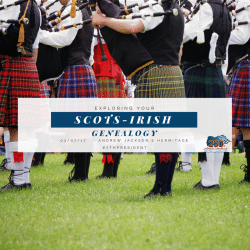 Join The Hermitage as we host the Ulster Historical Foundation of Belfast, Northern Ireland and explore the Irish and Scots-Irish roots of Middle Tennessee. Whether you are a beginner interested in starting your own family research, or a skilled genealogist, everyone will enjoy this evening workshop with Ulster’s expert researchers as they dive into the many resources available for discovering your roots. The challenges of tracing emigrant Scots-Irish ancestors in the years 1750 to 1850 (approximately the period of President Jackson’s own life) will be explored, and using examples drawn from online resources, archives, and documents, including some references to Jackson’s own family background, the presenters will suggest strategies for trying to identify ancestors in this timeframe. $15/person 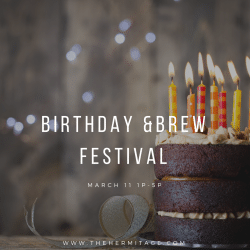 This celebration is bringing together the best of Nashville’s birthday cake and craft beer to create a birthday party like no other!

Enjoy unlimited craft beer, cake tastings, and live music while local celebrity judges select their favorite cake as Andrew Jackson’s official 250th birthday cake. A few of Nashville’s favorite food trucks, including The Grilled Cheeserie, Cousins Maine Lobster, and Steaming Goat will be there to savor while you celebrate!

All tickets include a commemorative 250th Birthday tasting glass. 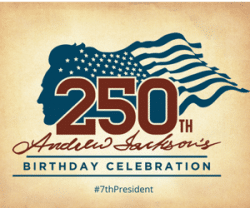 11:00 am Wreath-Laying Ceremony at Jackson’s Tomb

Join us for the annual wreath-laying ceremony at the tomb of General Andrew Jackson, featuring the Tennessee National Guard, regulars of the US 7th infantry, and keynote speaker General Keith Huber.

Stop by for a complimentary slice of Birthday Cake with President Jackson. Guests will also get to view the winning cake design from last Saturdays inaugural Presidential Cake Competition!

Step onto the front lawn of the mansion and enjoy a concert of patriotic music performed by the Tennessee National Guard Band. 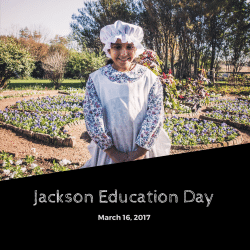 Help General Andrew Jackson celebrate his 250th birthday with a special day of all his favorite things. Activities designed specifically for K-12 audiences include horse racing, military life, and even chocolate! Listen to the Founding Fathers pay their birthday greetings to our seventh president and make a wreath to hang at Jackson’s tomb. The day begins at 9:00 am and ends at 3:00 pm. Stay for as long as you like! 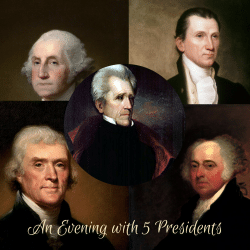 An Evening With Five Presidents

Join us as we celebrate President Andrew Jackson’s 250th birthday with the Founding Fathers of our country! History will come to life as you mingle with Presidents Washington, Adams, Jefferson, Monroe, and our own President Jackson, and hear them share the share challenges and highlights of their time in office. Learn about the legacy Jackson inherited from these extraordinary men, and how he shaped the role of the presidency for future generations. Guests will have a chance to hear them speak in our newly renovated theater, then mingle and chat with the Presidents at the reception afterward. 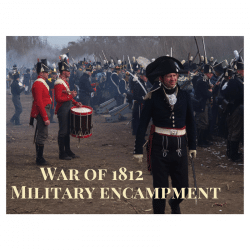 Honoring General Jackson’s 250th birthday, come and experience an authentic recreation of a militia encampment during the War of 1812. Featuring over 150 costumed interpreters organized by the United States 7th Infantry Living History Association, guests can wander through the rows of canvas tents and experience a wide variety of people and activities. Talk with Tennessee Militia recruits about their experiences, hear from native American allies about their complex relationships with the United States and rival nations, listen to famous historical figures (including the General himself!) giving political speeches in the Tavern, watch craftsmen at work, speak with Tennessee women about their lives, experience a drilling exercise – and much more! 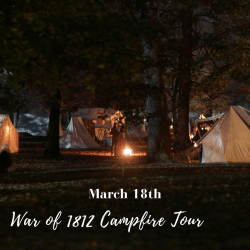 Experience the War of 1812 by campfire at this exclusive one-night-only event!  Featuring a 150-person encampment with the United States 7th Infantry, guests will be guided on a 45-minute lantern walking tour throughout the militia camp and learn about the War of 1812.  Get a chance to hear from militia soldiers, Native American allies, famous historical figures, and the General himself as they fight to secure American freedom against the British. Complimentary hot chocolate is included.