The Andrew Jackson Foundation, which owns and operates The Hermitage, home of President Andrew Jackson, will participate in an upcoming exhibition with the Smithsonian’s National Portrait Gallery. “Every Eye Is Upon Me: First Ladies of the United States” is the first major exhibition to explore the historical significance of this prominent position through portraiture. The exhibition will span nearly 250 years, from Martha Washington to Melania Trump, and will feature more than 60 portraits of the First Ladies, alongside memorabilia, including iconic dresses. “Every Eye Is Upon Me” is part of the Smithsonian American Women’s History Initiative, Because of Her Story, and will be on view November 13 through May 23, 2021.

In addition to displaying some of the most iconic images of First Ladies in the Portrait Gallery’s collection, this exhibition will feature important loans from the White House, the National First Ladies’ Library, the U.S. Department of State, several presidential sites, libraries and private collections, including the Andrew Jackson Foundation. On loan to the Gallery from the Foundation is the 1827 portrait of Rachel Jackson, the beloved wife of Andrew Jackson, and the 1830 portrait of Emily Donelson, who acted as hostess in the White House during Jackson’s presidency after Rachel’s death in 1828. Both portraits were painted by Jackson’s favorite portraitist, Ralph E.W. Earl. 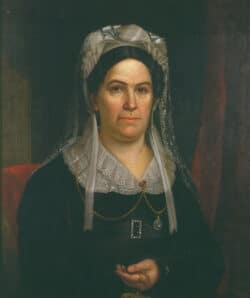 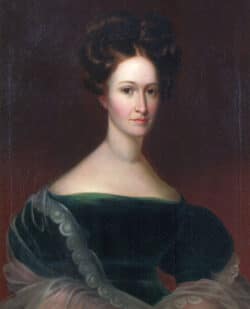 “The Andrew Jackson Foundation is proud to play a part in this important exhibition that highlights a role that often gets overlooked,” said Marsha Mullin, vice president of collections and research and chief curator for Andrew Jackson’s Hermitage. “Our First Ladies serve alongside the President in leading the nation and have made major contributions to our country throughout our history. This exhibition will draw to light the greatest accomplishments of these women, as well as focus on the myriad of challenges they faced during the historical moments in which they lived.”

The exhibition is the largest presentation of First Lady portraiture to take place outside of the White House. It will be accompanied by educational programming, and the National Portrait Gallery and Smithsonian Books will co-publish First Ladies of the United States to serve as a companion for the exhibition, along with the recent volume America’s President (2017).

For more information on the exhibition, visit https://npg.si.edu/home/national-portrait-gallery.