Andrew Jackson’s Hermitage commemorated what would have been the 7th President’s 254th birthday on March 15th. The slate of speakers included Tennessee’s Governor, The Honorable Bill Lee; Andrew Jackson VI, the great-great-grandson of Jackson and his wife Rachel; and Major General Jeffrey H. Holmes, the Adjutant General of Tennessee, all of whom noted Jackson’s humble beginnings and rise to being a military hero and President. Following the speeches, the annual presidential wreath-laying ceremony took place at Jackson’s tomb in the garden. Despite the rain, more than 500 people visited the site to take advantage of the half-price admission, the return of The Duel, children’s activities and a Lafayette Trail marker dedication. 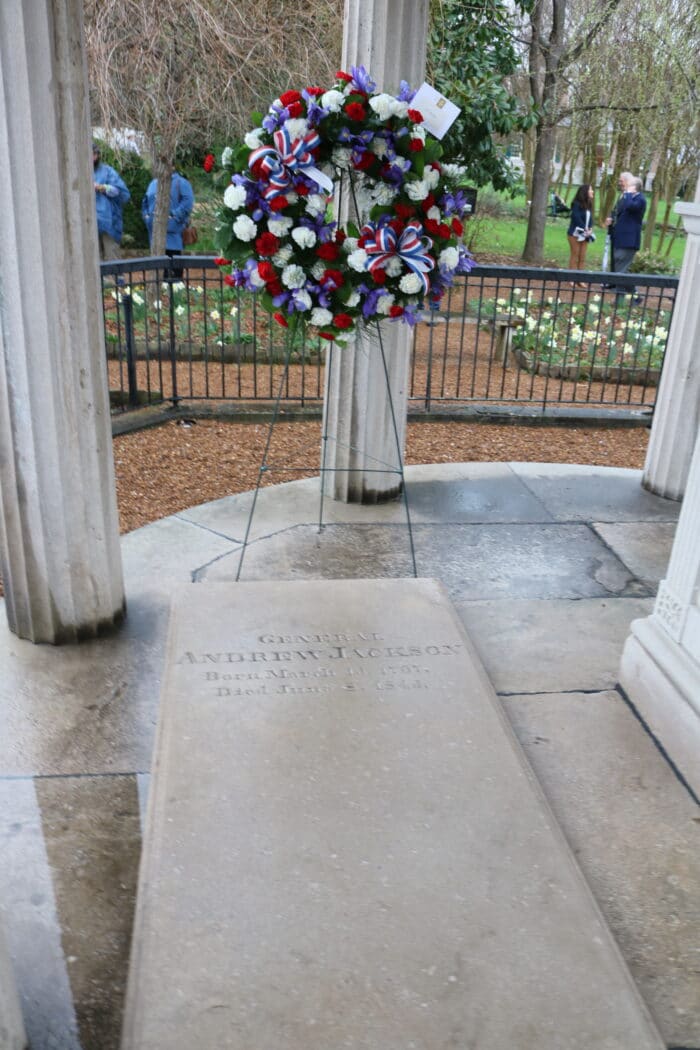 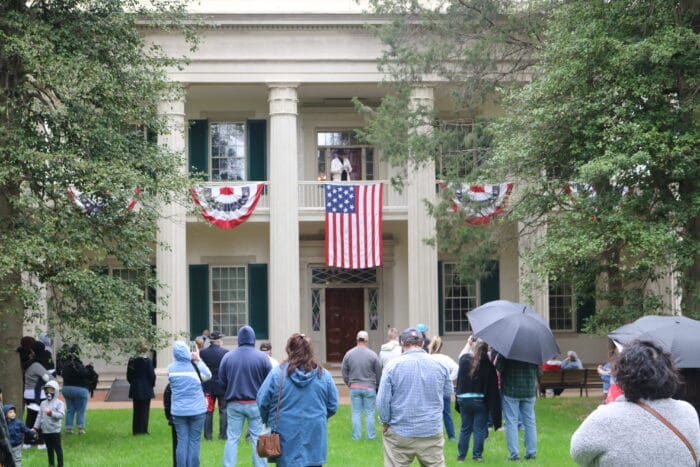 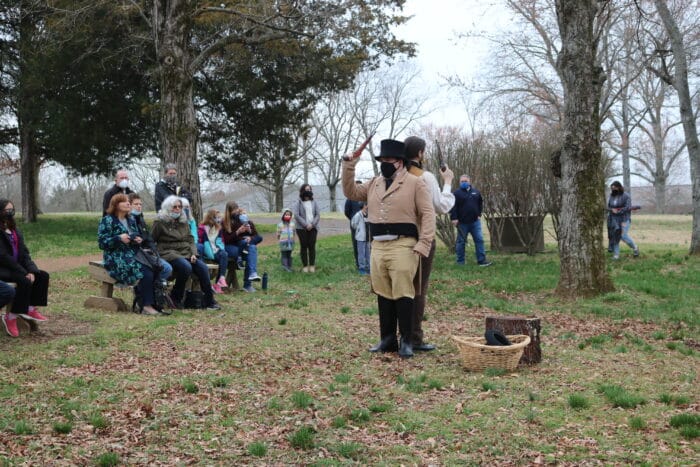 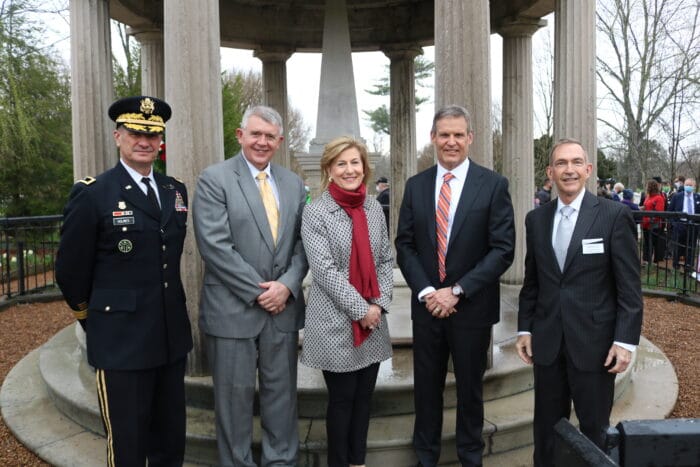 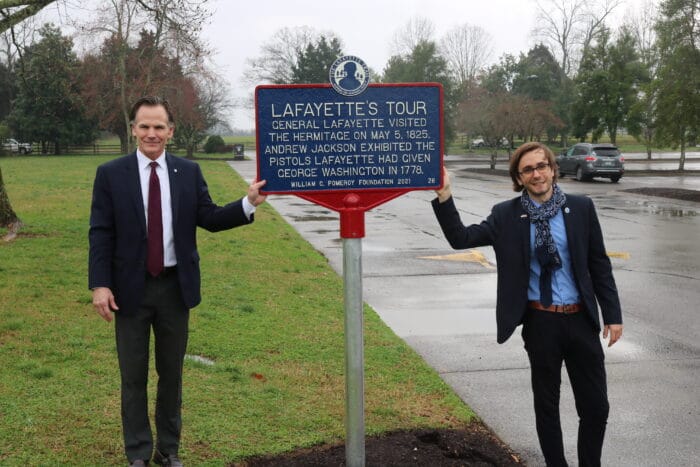