Family was a priority for President Jackson amid the politics and the bustle of growing a new nation. From an early age, Jackson understood the importance of these relationships. Losing his loved ones as a child took a heavy toll on him, which resulted in his efforts to create strong family bonds. Although seen by many as an outspoken, fiery politician, his home life at The Hermitage was indeed a reflection of his passion for maintaining kinship networks.

Although President Jackson and his wife Rachel didn’t have any children of their own, they opened their home to many over the years. The couple raised children of several colleagues and family members, including Rachel’s nephew, Andrew Jackson Jr., whom they adopted as their son.[1] Imagine the halls of a presidential house filled with lots of giggles and toys! A guest of Jackson once wrote in a letter that he remembered going to see Jackson on business and observed the General with a small child on each knee. This sight was quite a change from the hard military leader the world knew him to be. As an adult, Andrew Jackson Jr. and his wife, Sarah Yorke Jackson, exhibited this love of family with their young children, Andrew III, Samuel and Rachel (affectionately known as “Little Rachel”). The children fondly remember playing in the mansion and enjoying the company of their grandfather in his retirement years from the presidency. 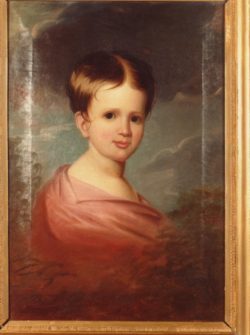 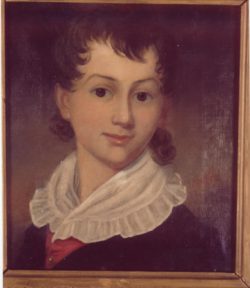 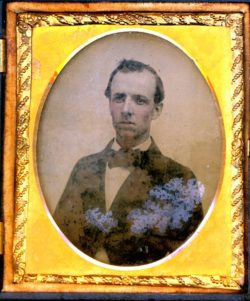 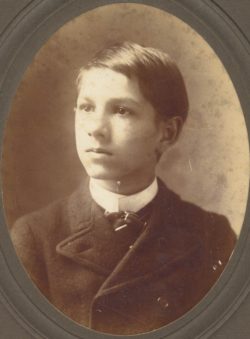 The Jacksons regularly enjoyed their time together in various ways, such as dancing and hosting dinner parties with friends. The children played games, and several played musical instruments such as the piano, flute and guitar. During the holidays, the family enjoyed exchanging gifts, fortune telling and pulling sugar candy. 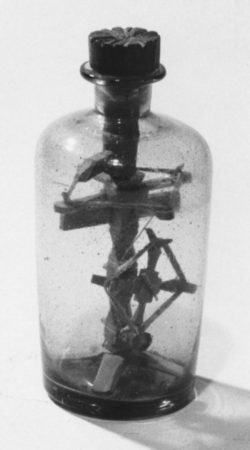 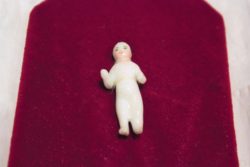 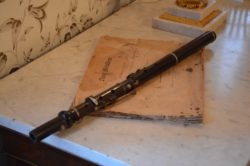 One holiday involving lots of sugary treats was Easter. Easter during the 19th century closely mirrored traditions today. Families celebrated with candy, unique recipes and family games. The stars of these festivities were almost always the Easter eggs. The beautifully decorated eggs were dyed using vegetable juices, flowers, silk or brightly patterned paper. Even after the children went away to school, they enjoyed the same activities with their friends and classmates. In one such account in the Jackson family letters, “Little Rachel” shares stories with her mother about decorating and enjoying dozens of eggs with school friends. 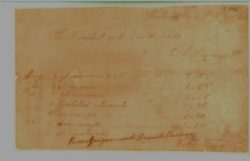 A receipt for dessert foods, including ice cream, 1830

Over the years, other families living on the property continued the tradition of fun holiday festivities. From 1914 to the mid-1960s, the Buntin family, who lived in Tulip Grove mansion, hosted many family functions on the grounds, including lavish dinner parties and weddings. 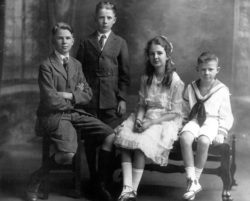 Children of the Buntin family, former residents of Tulip Grove 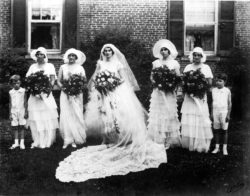 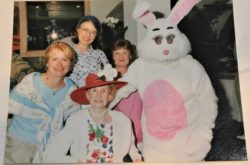 This spring, The Hermitage continues the legacy of fun festivities with our annual Easter egg hunt on the lawn of Tulip Grove. Families will enjoy springtime crafts, tasty treats and historical games much like the Buntin and Jackson families did. Kids and parents will get to make their memories with a photo opportunity with the Easter Bunny!

For more information on our Presidential Easter Egg Hunt, as well as our sensory friendly hunt, please  click here.

[1] For additional information on the wards, the Hermitage see Rachel Meredith, “There Was Somebody Always Dying and Leaving Jackson As Guardian”: The Wards of Andrew Jackson. Middle Tennessee State University, 2014.