If someone wanted to research the lives of the enslaved men, women and children at Andrew Jackson’s Hermitage and wanted only to use written records to tell the story, the resources would be scarce.  There are documents, but they tell only part of the story. We know little about the housing for the enslaved from written sources, and some of those recollections are misleading. There are very few photographs. Many of the buildings themselves have not stood since before The Hermitage became a museum in 1889. Since the 1970s, archaeology has helped us learn a great deal about the experiences of the enslaved. This includes the locations of buildings, how those buildings were laid out and the things people used in those spaces. For Black History Month 2021, we are going to look at some of the things we have learned from archaeology. 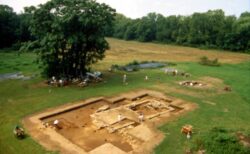 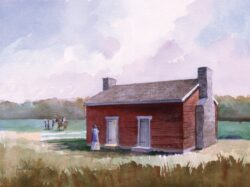 Conjectural painting of one of the Field Quarter Cabins 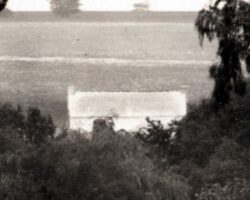 The only known photograph of one of the Field Quarter Cabins 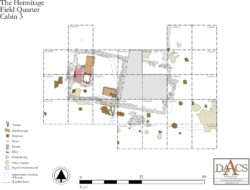 Outwardly, the homes of the enslaved were uniform. Each unit was about 20 x 20 feet square with a loft above and were laid out as either duplex or in one case, triplex dwellings. As excavations occurred, archaeologists discovered that nearly every dwelling space had a root cellar, an excavated space below the floor lined with brick in most cases. But as similar as the exteriors and general floor plans were, all the root cellars differed. This suggests they were not part of the original building plan but constructed by each family group to fit its own needs. The original purpose of root cellars was for storage of food in a cool location. But it became apparent that they had a secondary purpose as a hidden location to secure things like coins, tobacco pipes, beads and buttons as well as more mundane items. 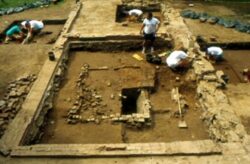 Partially excavated root cellar from the middle unit of the Triplex. This very large root cellar takes up nearly half of the interior floor space. 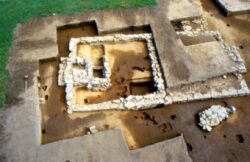 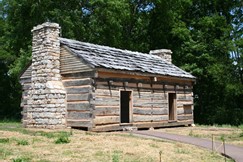 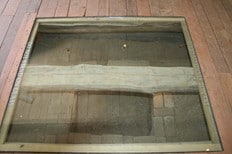 Root cellar in the kitchen half of the First Hermitage Kitchen building, which has been left exposed for visitors to view.

What does this tell us?

Some people view archaeology as a treasure hunt looking for cool individual objects. But it is much more than that. Archaeology looks at the things left behind, whether on purpose or by accident to tell us something about the lives of the people who occupied these spaces. The types and numbers of objects as well as the kinds of objects found together provide the basic data that suggests all kinds of habits, beliefs and abilities. In the case of historical archaeology, this information from objects and sites can be combined with written records and historical photographs to give us more comprehensive information about slavery as practiced at The Hermitage. Still, it is exciting to find special objects or an assemblage of objects that seem particularly unusual or unlikely and wonder what those items meant to the individuals who possessed them. 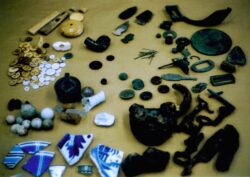 Group of objects from the Triplex 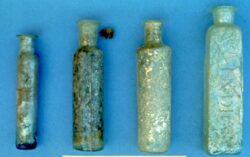 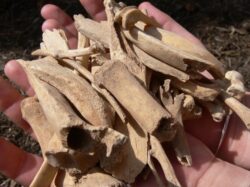 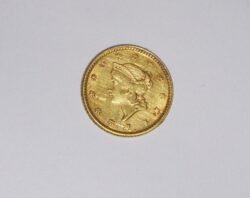 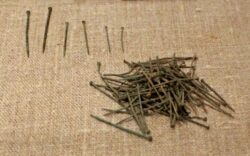 Straight Pins from the Triplex

No excavating, but the research goes on

The Hermitage has done no active excavating for the last several years, but that does not mean that the archaeological program or our collections are dormant. Since 2007, Hermitage archaeology has been associated with the Digital Archaeological Archive of Comparative Slavery, a program collecting archaeological data from slave sites in the eastern United States and the Caribbean hosted at Monticello. All objects are cataloged following the same system, and data is freely available at the DAACS website www.daacs.org. Anyone can go to the site and read about the excavation projects at The Hermitage, see pictures and maps of sites and features, as well as research data about each object. The detailed information and technical data are of particular interest to archaeologists, especially those who want to compare data from different sites covering different time periods and locations. However, there is plenty for a general audience to see including a gallery of objects from the Hermitage Triplex located on the home page. Other objects can be found by doing an image query. 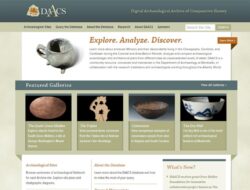 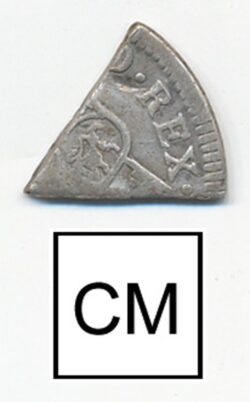 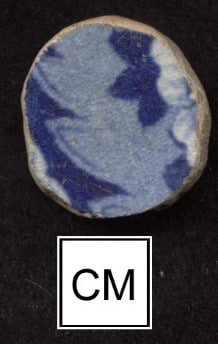 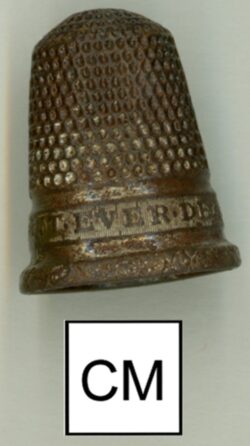 Thimble from the Triplex 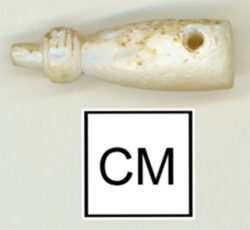 Knitting needle guard from the Triplex