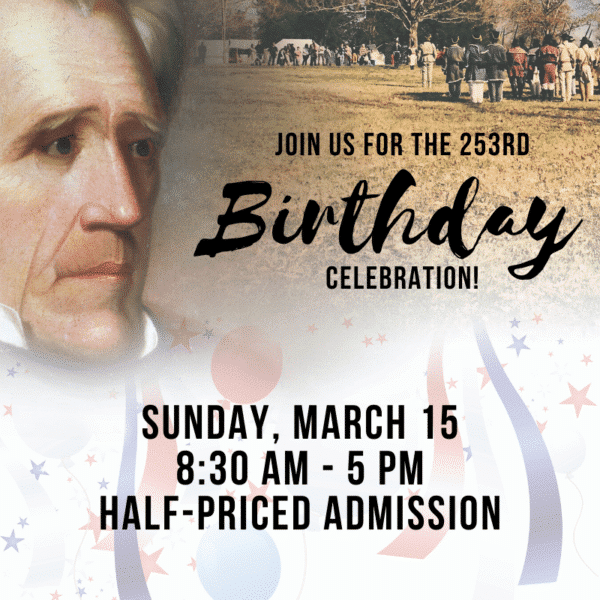 Come celebrate President Jackson’s 253rd birthday on Sunday, March 15 with us and receive half-price general admission for the day! The celebration will include our annual wreath-laying ceremony with the Tennessee National Guard and U.S. 7th Infantry at 11 a.m. at the President’s Tomb.

Join us for a day of ceremony and celebration as we observe the birthday of President Andrew Jackson. The orphaned son of Irish immigrants, Jackson grew up to become one of America’s foremost military heroes, political leaders and the seventh president of the United States, and his legacy has left a far-reaching impact on our nation today. Learn more about his story and the Jacksonian era with half-priced admission to The Hermitage all day!  Special events will include a wreath-laying ceremony at 11 a.m., followed by complimentary birthday cupcakes behind the Mansion. The Sons of the American Revolution will also be on-site for a bench dedication in the garden at 2 p.m.

*This event will happen rain or shine*