The Centennial of Preservation of The Hermitage 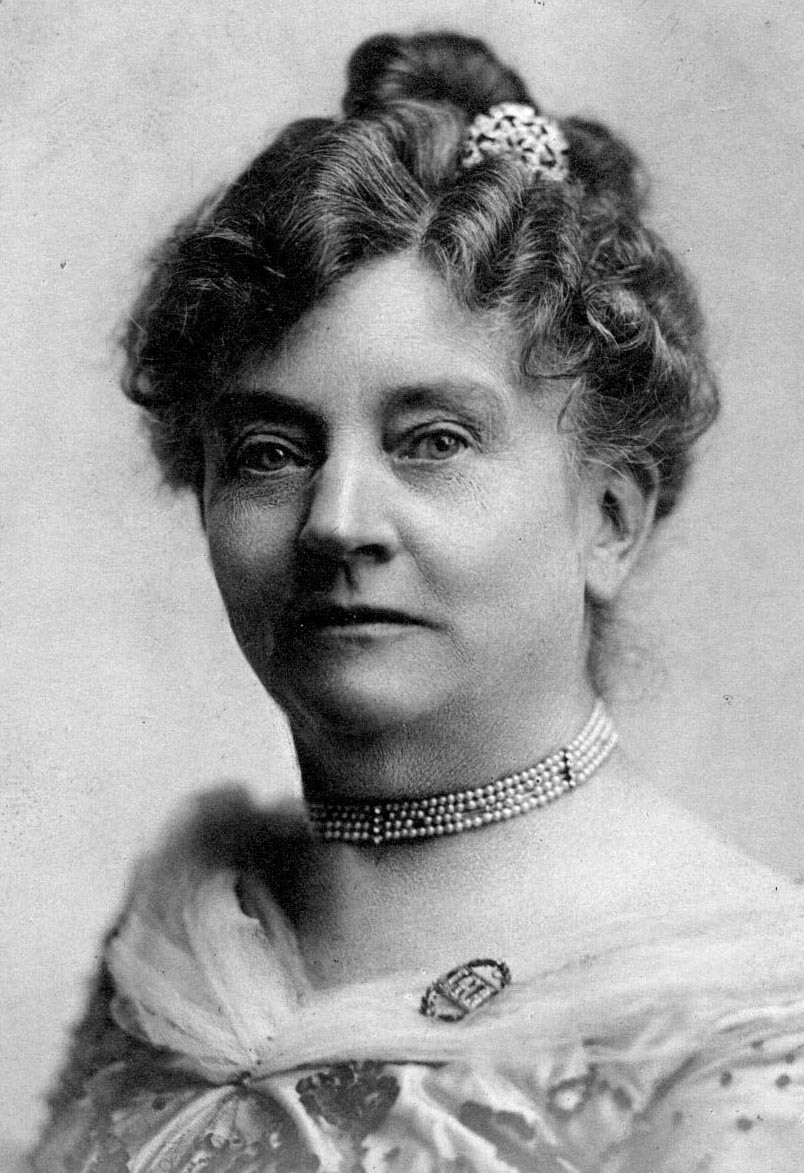 2015 marks the 200th anniversary of the Battle of New Orleans; but for Andrew Jackson’s Hermitage the year marks another anniversary, the centennial of the publication of Preservation of The Hermitage. Written by one of the founders of the Ladies’ Hermitage Association (LHA), Mary C. Dorris, the book chronicles the first twenty-five years of the LHA, as well as Jacksonian era history. It provides a detailed look at those early years and Hermitage staff members consider it indispensible. Her over 200 page volume provides many details that would be lost if she had not recorded them. 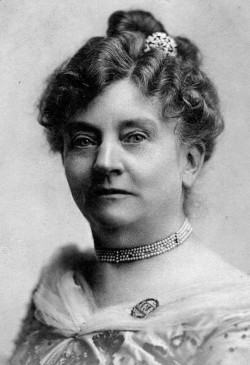 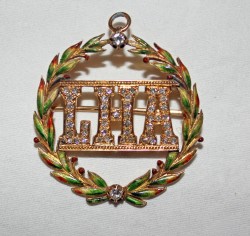 Photograph of Mary Dorris wearing the gold and diamond LHA pin presented at the end of her term as Regent of the Ladies’ Hermitage Association. The pin is on loan to The Hermitage from her  great-grandchildren.

In the preface, she acknowledges how many times “I” appears in the book and she modestly says that she wishes someone else had stepped up to record the history of the LHA. Then, she goes on to say unabashedly “there is no one who has had such close contact with the very first movement…who knows of all its struggles and efforts…”. She is absolutely correct.  Mary Dorris (and even in that day of ladies disappearing behind their husbands names, she was referred to by her own name) was one of the four people who planned the organization; she campaigned for its charter, and served as secretary from its founding until her death in 1924, except for the four years she served as Regent (1905-1909). 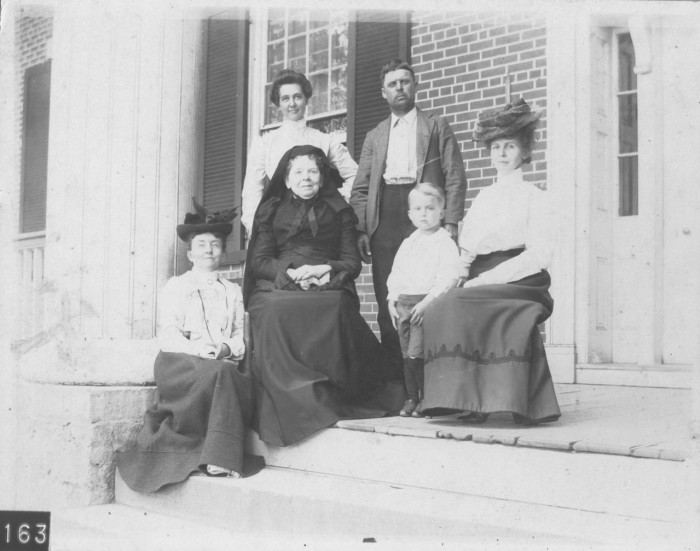 Mary Dorris (L) on the back porch of the Hermitage mansion with her fellow board member Mrs. J.B. Lindsley, Annie Lindsley Warden, and Hermitage caretaker, Thomas Baker, and his wife and son. 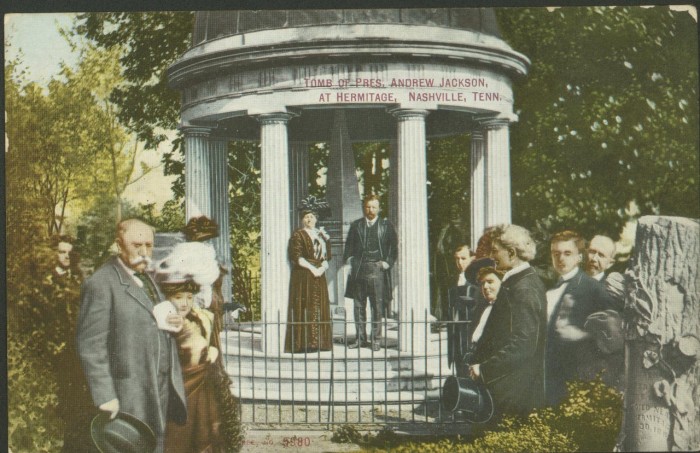 President Theodore Roosevelt visited The Hermitage in 1907,during Mary Dorris’ term as Regent. She is shown with the President at Jackson’s tomb.

Mary Clementia Currey Dorris (1850-1924) was the second of eight children born to Dr. George W. Currey and his wife Emily Donelson Martin. Her mother was the great-granddaughter of John Donelson and her father was the son of one of Nashville’s early mayors. Mary spent part of her childhood at a family farm, Clifton, located about a mile from The Hermitage and had many memories of visiting the Jackson home. When Amy Rich Jackson (Mrs. Andrew Jackson III) approached her in early January of 1889 about the possibility of forming an association for The Hermitage, Mary said, “The idea at once appealed to me.” 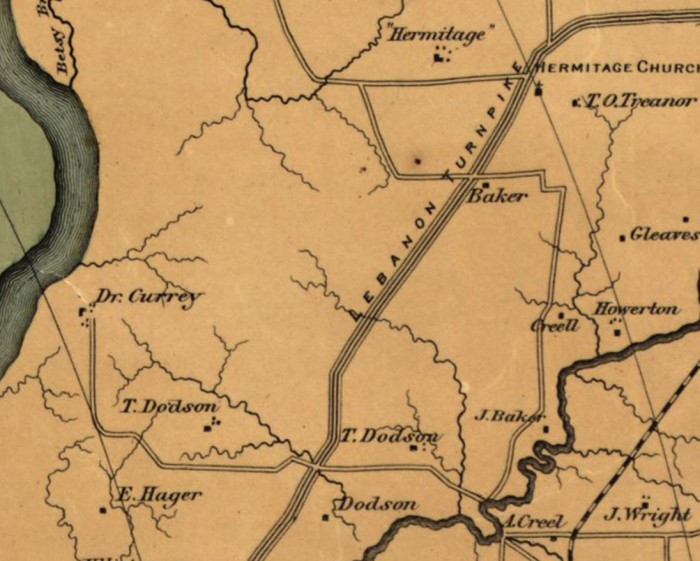 Map of the Hermitage area, 1871.  The home of Dr. Currey, Mary’s father, is on the far left near the Cumberland and southwest of The Hermitage.

In addition to her family ties to The Hermitage, Mary was in a perfect position to campaign for the formation of the LHA and for the Association to be given responsibility for The Hermitage. Her husband, Duncan R. Dorris was the editor of the Nashville American newspaper. On January 27, 1889, her first article promoting the idea appeared in the American. The article’s first line “What will be done about the Hermitage?” was attention grabbing.

The first half of the book describes the founding and early years of the LHA. The second half includes stories of Hermitage history. She tells interesting tales, such as the one about the ghost who terrorized the two LHA members (one likely herself) when they camped out in the empty Hermitage mansion as they inventoried the work that needed doing. She also relates the story of an attempt at robbing Andrew and Rachel Jackson’s tomb in the summer of 1894. Mrs. Dorris includes two chapters focusing on Alfred Jackson and his wife, Gracy Bradley. The narrative is a product of its time, with patronizing language and dialect dialog, but does create an impression of touring The Hermitage in its early years as a museum with Alfred as a guide. 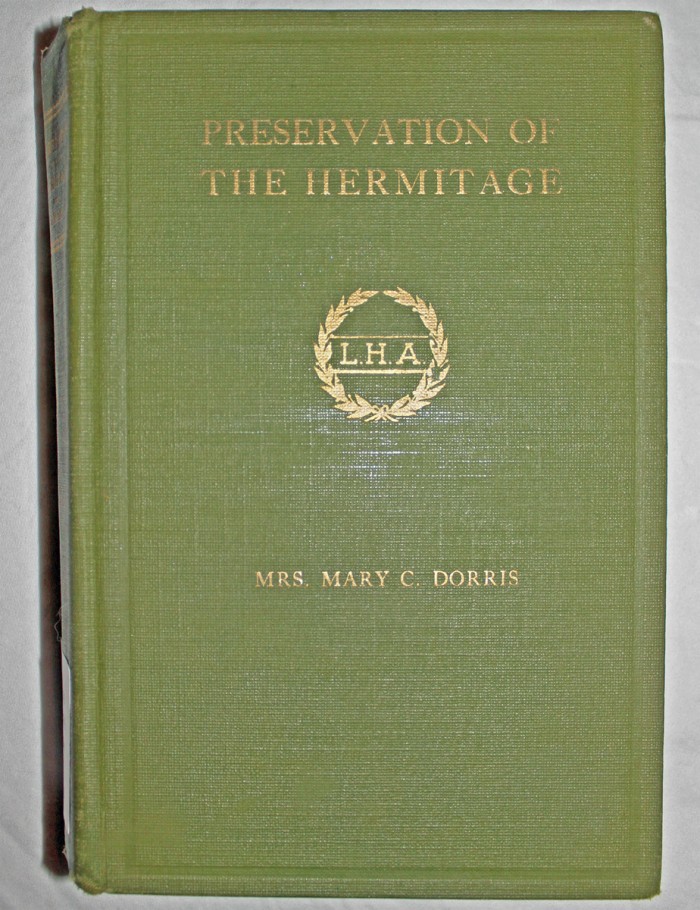 Digital versions of Preservation of The Hermitage can now be read online.  https://archive.org/details/preservationofhe00dorr 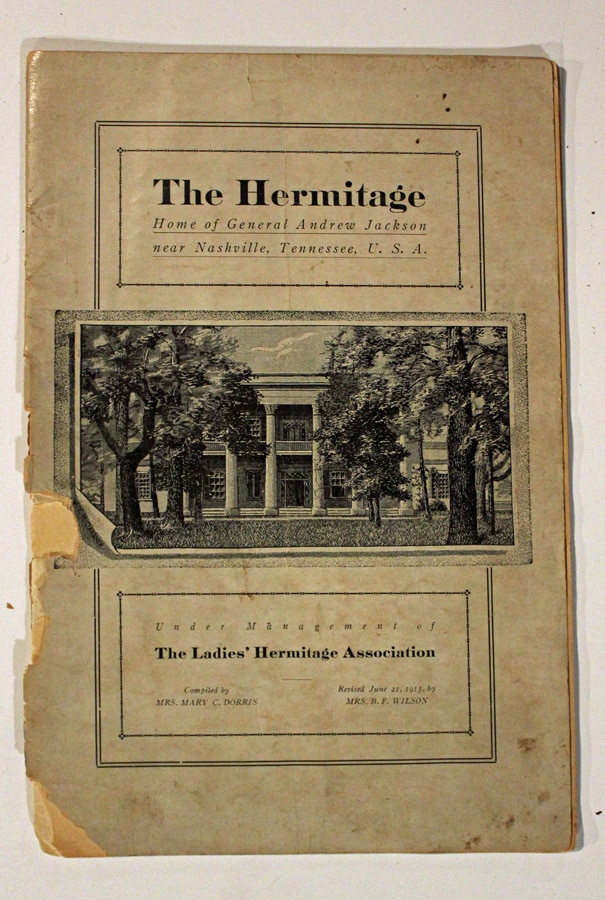 In addition to Preservation of The Hermitage, Mary Dorris also wrote the Guide to the Mansion in 1901 and revised it every two years.

Mary Dorris was involved in other organizations, especially the Daughters of 1812 and the Daughters of the American Revolution, but her first love seemed to be the LHA and Andrew Jackson’s Hermitage. In her preface to Preservation of The Hermitage, she charges the members of the LHA with the care of Jackson’s home, “See to it that no modern enterprise breaks in upon the hallowed spot and changes it. Let no vandal hand desecrate it in the name of progress or commercialism….This is your trust, and up to you rests this duty.”