Two Hundred Years Ago, Jackson’s 1822 | Notes from the Curator

Andrew Jackson spent most of 1822 in his brand-new home at The Hermitage. It was a year of physical recovery, attention to personal business and family matters and a period of transition from military to political life. Jackson’s health consumed his winter and spring of 1822. Repeat infections caused by the bullet in his lung from his 1806 duel with Charles Dickinson and dysentery from years of military camp life would haunt him the rest of his life.

As he lay recuperating, Jackson brooded over newspapers and letters from across the country. In them, Jackson witnessed corruption in government and society. He wrote memoranda during the winter and spring listing the corrupt actions of government officials. Jackson also bristled at those who questioned his actions as a general and as Florida’s territorial governor. In the summer of 1822, the Tennessee General Assembly nominated him for president. Jackson’s fears that corrupt men were in power no doubt played a part in his decision to abandon retirement at The Hermitage for a political career, as this August 1822 letter to Andrew Jackson Donelson highlights:

“They people have the right to elect whom they think proper…I have only one wish on this subject, that they people of the united states [sic] may in their selection of an individual to fill the Presidential chair, do it with an eye solely to the prosperity of the union, the perpetuation of their own happiness, and the durability of their republican form of government, unbiased by the intrigues of designing Demagogues…”

In his private life, Jackson’s land holdings and plantations were constant worries. Jackson faced lawsuits over his land dealings with David Allison almost a quarter century after they took place. He spent much of 1822 divesting himself of speculative land holdings. He sold land in Alabama and West Tennessee. In 1821 and 1822, respectively, he sold his Evan Springs and Big Springs plantations in Alabama. One of the few times Jackson traveled away from The Hermitage in 1822 was to attend to the sale of Big Springs. Most of the enslaved who lived on those Alabama plantations were brought to The Hermitage in December 1822, nearly doubling the enslaved population. Their arrival prompted the construction of multiple new quarters in 1823.

Like his finances, Jackson felt he had neglected the education of his children. Jackson wrote James Gadsden in May 1822 that “I have my little sons including Lyncoya, at school, and their education has been greatly neglected in my absence. Justice to them, requires my attention when I have health to give it.”  By “little sons,” Jackson meant Andrew Jackson, Jr. and his ward, Andrew Jackson Hutchings. However, Jackson saw the greatest potential in his ward, Andrew Jackson Donelson, who had graduated second in the 1820 West Point class and then served for nearly two years as an aide-de-camp to Jackson. In 1822, Donelson resigned his commission, and Jackson funded his education at Transylvania Law School in Lexington, Kentucky. In a June 1822 letter to Donelson, Jackson laid bare his hopes for the young man and revealed his own political acumen:

“One of my objects in placing you at Lexington was that you might become acquainted with the young gentlemen from various parts of the south and west…I will not disguise I look forward, if you live, to the time when you will be selected to preside over the destinies of America.  I therefore wish you for the present to steer clear of all political broils. I do not mean that you should be silent on political subjects, but when you speak on them do it with reflection.” 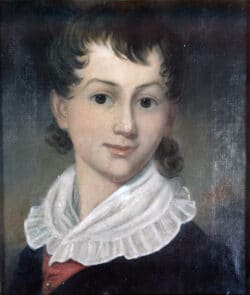 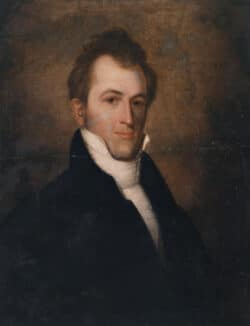 Beyond Donelson, Jackson had great hopes for the future of many of his military staff. Portraits of three of those staff, all painted by Ralph E.W. Earl, have hung in The Hermitage for nearly 200 years. James Gadsden served under Jackson at New Orleans and in Florida as an engineer. In 1822, Jackson advocated for Gadsden’s full confirmation as Adjutant General of the Army, but to his great disappointment, the Senate never acted, resulting in Gadsden’s temporary appointment expiring. In 1853, Franklin Pierce appointed Gadsden a minister to Mexico to settle boundary disputes. Gadsden’s successful mission settled the boundaries and resulted in the purchase of 30,000 square miles of northern Mexico that today comprise part of Arizona and New Mexico. Gadsden died in 1858. 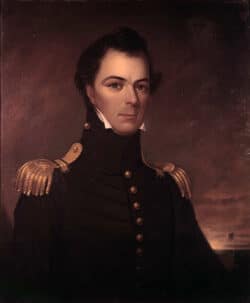 Richard Ivy Easter was one of Jackson’s most trusted aides and spent significant time with the Jackson family at The Hermitage and in Florida. Easter’s accounts with the War Department came up short nearly $21,000. In 1821 and 1822, Jackson made every effort to extricate Easter from the debt, even acting as a surety. Easter’s account with the War Department was settled in 1824. He then moved to Florida with hopes of a political and legal career but died in 1825. 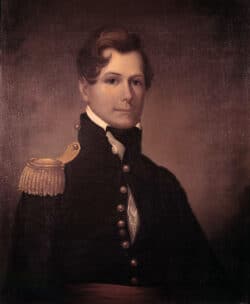 Dr. James Craine Bronaugh, an Army surgeon and Surgeon General of the Division of the South, served as aide to Jackson in Florida. Jackson’s advocacy of Bronaugh led to his election as president of Florida’s first Territorial Legislative Council. In 1822, Bronaugh campaigned to be Florida’s first congressional delegate with Jackson’s full support. Before the election, Bronaugh succumbed to yellow fever in September 1822 while tending to the sick during an outbreak in Pensacola. In a November 1822 letter to Richard Keith Call, Jackson wrote, “How I deplore the Loss of my friend Bronaugh, I shall never cease to mourne his premature death, & suffering.” 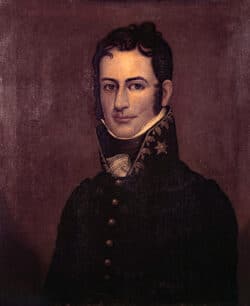 Jackson closed out his 1822 writing to his dear friend John Coffee in Alabama on December 27th.  The letter focused not on politics or world events but rather on their cotton crops and the depressed market prices. Jackson’s 1822 cotton crop would eventually sell for eight and a half cents per pound, amounting to just $1,386. As he often did, Jackson blamed his overseer, in this case Egbert Harris, for the poor crop.  He closed out his letter to Coffee with, “Mrs. J and myself tenders to you Polly, & the family, the Joys of the season, with our best wishes—your friend. Andrew Jackson.” 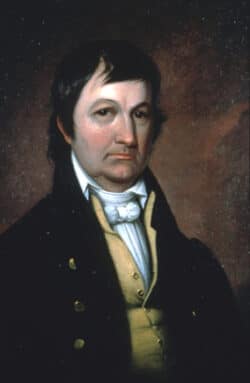 Notes from the Curator is an exclusive newsletter for members of Andrew Jackson’s Hermitage. Your membership supports ongoing preservation and interpretation of the homeplace, collections and legacy of our 7th President.